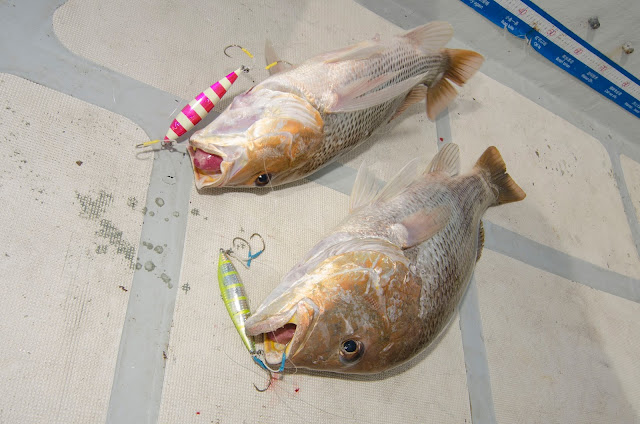 This was a product testing trip to Pulau Jarak with Capt Cong of the Tuna 3. We also had Alan from Rod and Line with us to film this trip. The original catch report i wrote can be found on the May Edition of the English version of Rod and Line or the March Edition of the Chinese version of Rod and Line. I have to apologize for the lack of pictures because we were either too busy fishing or too busy eating. Fortunately, Eddie managed to capture some of the moments on his camera.

The 3 day trip began a day after my brother's wedding. I drove into JB to pick up my colleague Hwee before heading to KL to pick Alan. After a quick lunch it was a long drive to Sitiawan to meet up with Eddie, Felman and Steven. The total travel time from Singapore to Sitiawan is between 6-8 hours depending on road conditions. There are alternatives if you don't wish to drive up. You can take a flight to ipoh and then arrange for a 2 hour land transfer to Sitiawan or engage the services of Transport providers like J&J  or Drive Angels who will stay with you for the duration of the trip to transport you to and from fishing, accommodation and makan places. The Captain drives a truck that can only sit one passenger.

We stayed at a nice clean hotel on our trip but the Capt Cong recommends Anggerick Garden Hotel for it's close proximity to amenities and food options. There is a Bak Kut Teh stall nearby that serves delicious fare. For Muslim friends who require halal food, fret not, there are several options there for you too.

Fishing starts pretty early here. We meet for breakfast at 6am and head to the Perak Yacht Club, which is about 10 minutes drive from the huge market we had breakfast at. Lunch is packed from the same place.(The Skipper does not allow pork on board.) Most of the Charter boats are dry docked at the yacht club but the Tuna 3 is docked at the Skipper's Kelong which is about 5 minutes away. His workers will come to pick you and your tackle on a launch and take you to the kelong. A word of caution, those rocks are very slippery. We set up our tackle, loaded up our stuff onto the boat with the help of the kelong workers. One of them showed me Captain Cong's Albino Grouper which he keeps as a pet. There are several variety of table fish like seabass and snappers which are reared for sale. It was great fun watching them being fed.

The journey to the fishing grounds took over an hour. It was a smooth and comfortable ride. The boat is big and spacious and can hold a maximum of 10 anglers. ( I would recommend 6-7 for comfort. you will find out why later.) We were fishing depths of between 60-80 meters and had to use 250-300g jigs to keep the jigs vertical due to the strong current. The lizard fish is a pest in these waters and you will commonly encounter them. We landed several table sized groupers before Felman and Steven who regularly fish these waters started landed bigger specimens. We kept the jigs close to the bottom to prevent them from drifting too far off our position. The Captain would also warn us when we passed over long stretches of coral. But often this is where we caught Golden Snappers.

Cobia are plentiful here and when you pass over a school, there will be multiple hook ups and this is where it will get chaotic. With everyone fishing on the same side of the boat you have to be alert and react quickly to the runs of these fishes. You definitely want to avoid a tangle of lines. The Captain systematically lands them one at a time, targeting the smaller ones first and allowing the bigger ones to run. This proved to be a good strategy as no fish was dropped during our quintuple hook up on the 2nd day. The fish ranged from between 3kg to 15kg. I was lucky enough to hook onto a 15kg along with Felman after a couple of smaller cobia. Both of us were the last to land our fishes during that period of mayhem.

The biggest Cobia however were landed later by Hwee and Steven at a whopping 25kg each. The biggest grouper (6kg) of the trip was landed by Felman. He also landed a rare Grunter which is known locally as White Snapper. Steven landed the biggest Golden Snapper on the trip. It weighed in at 5-6 kg and gave him a hell of a fight. The legendary "Tong Gas" eluded us during this trip and we had to make do with whatever came our way. I have already made my next booking with Capt Cong. If you would like to do so you can contact him via Facebook here. I guarantee you won't regret it. 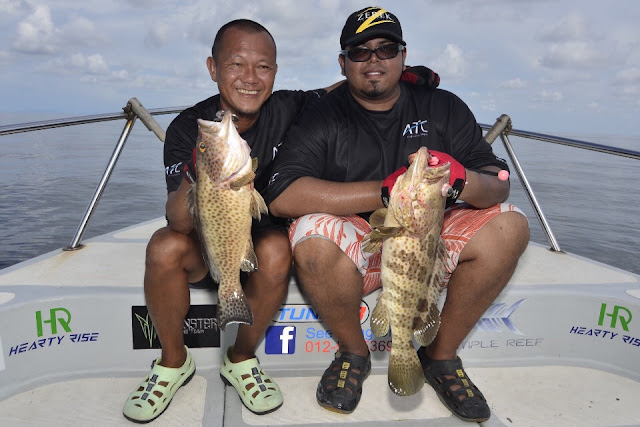 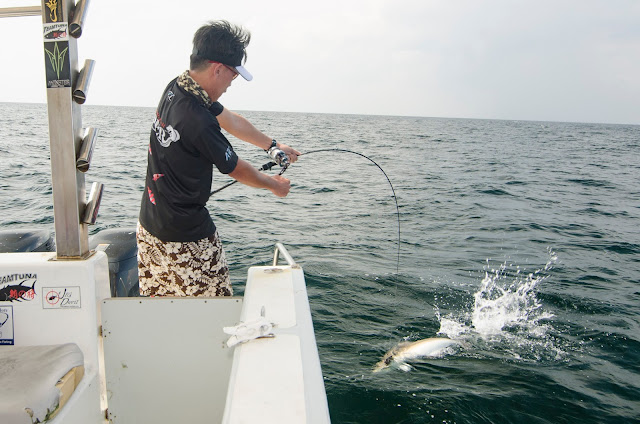 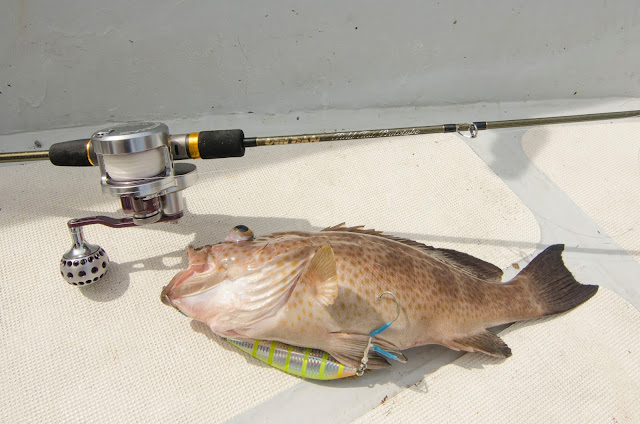 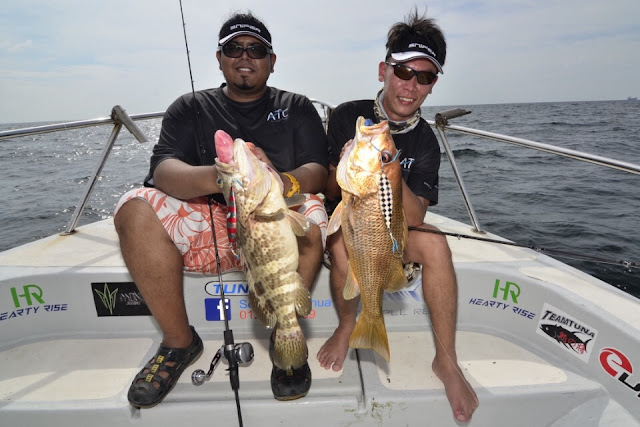 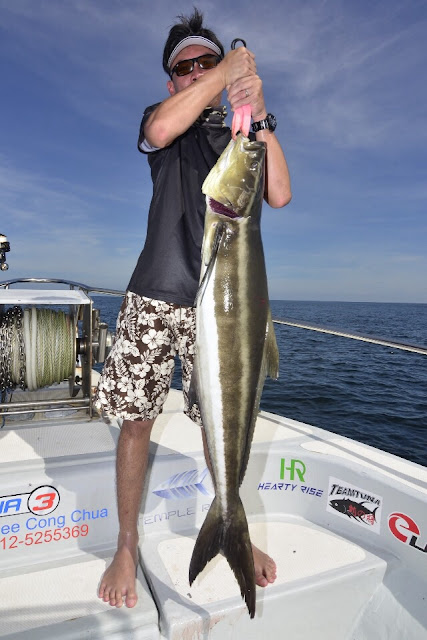 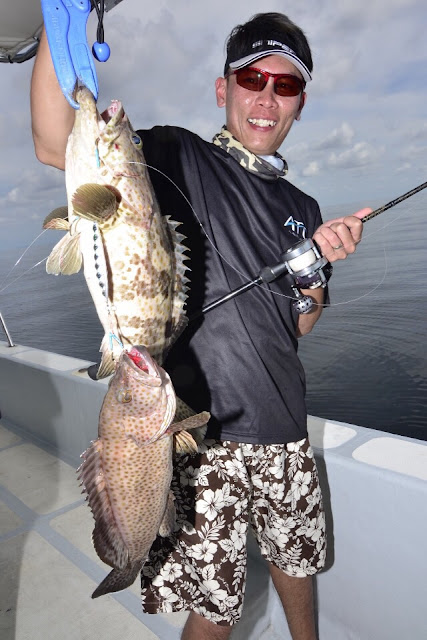 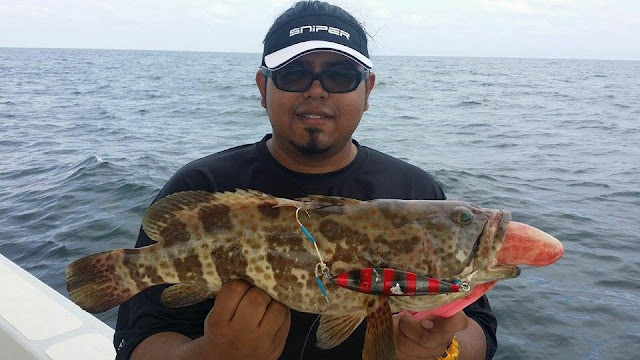 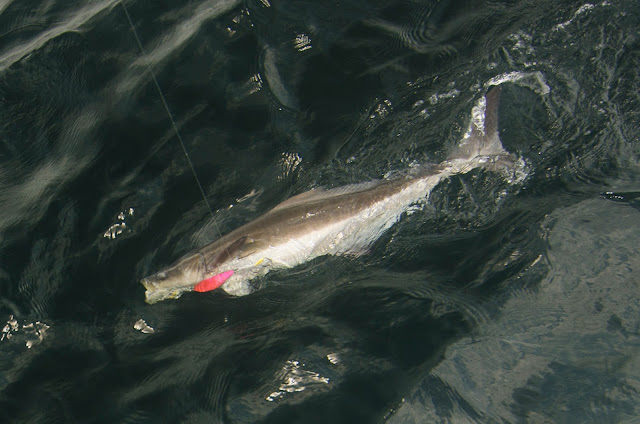 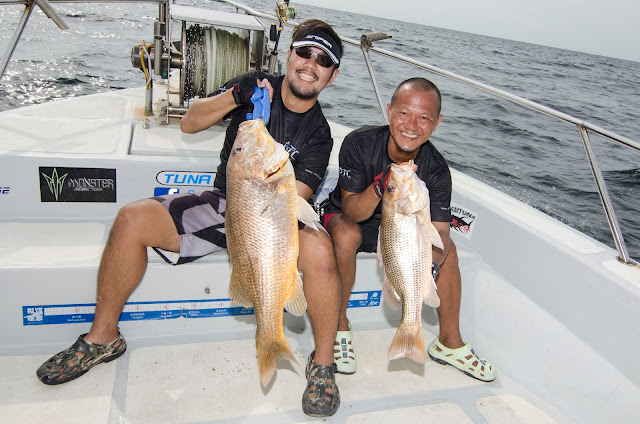 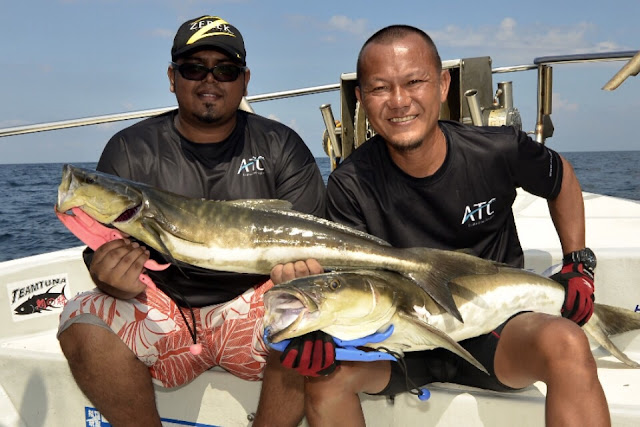 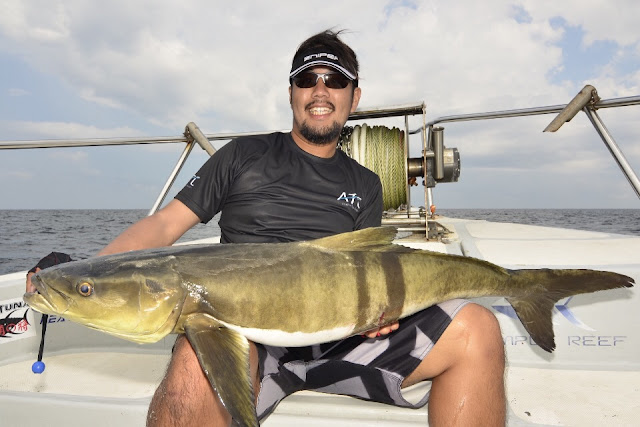 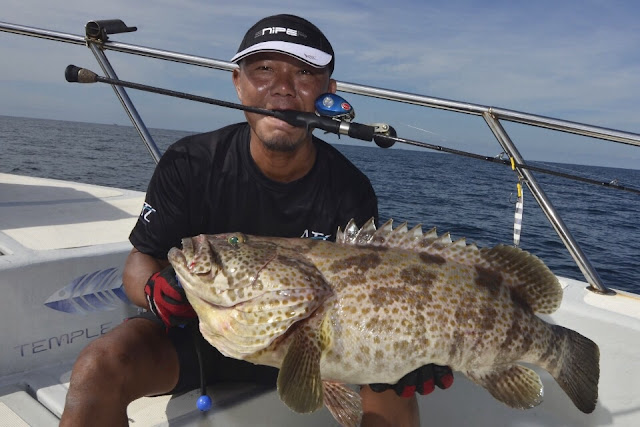