May 19, 2014
This trip's group included Sam, Botak and Jith, who was making his first visit to Desaru after almost a year. We set off on a 2 hour journey to a wreck. This was going to be a pure jigging trip so we did not stop for bait fish.

We arrived at the spot without any incident. (Most of us were snoozing anyways) I got a hook up on the first cast. The 80g Surecatch Flasher Jig (Chrome) took awhile to hit the bottom. But at the second crank i had a hit. The fish took awhile to come up. After some acrobatics, a good sized Queenie was landed. I wanted to release it after a picture but the Captain wanted to make some salted fish. So into the cooler it went.

Jith was on next. A good sized Bonito. It was lost as i went to grab it. The hook gave way. The weather was really scorching so i took a break in the shade and had a chat with Badol and Zam. Jith was on again. Another Bonito. This time, i grabbed it by the tail and into the cooler it went. Botak was on next with a screamer. But the Queenie threw the hook with it's first jump. Jith was next with a Queenie. This one went into the cooler as his Granny makes some wicked salted fish.

It was almost lunch time, and we shifted to another location. Jith and i were in the back jigging as Botak and Sam had their lunch. Jith missed and i hooked up. Bonito again. This guy was bleeding like crazy. Quick picture and he went into the cooler. The current died shortly after. We anchored, and tried for some Dorado who were swimming around but not interested in our jigs.

Badol suggested that we try for some Squid. It was deep where we were and i managed to get 2 . The hardest part was cranking the squid back up as we were using size 8 sinkers to get to the bottom. I decided to stop and snack on some cottage fries with Zam. Jith and Sam landed 1 each before everyone decided to share my cottage fries. I was a little disappointed that i did not hit any Mackerel or Trevally. But hey, thats fishing. Just gotta enjoy the atmosphere and the surrounding to compensate for the lack of fish.

On a side note, the Captain shared some valuable information which i believe will be useful for everyone. When targeting Pelagics, you need some sort of current. If you have booked a date with a slow or dead current, you are better of targetting bottom species like grouper, which favours such conditions.

Rompin is coming up next so stay tuned. Video is at the End, after the Photos. 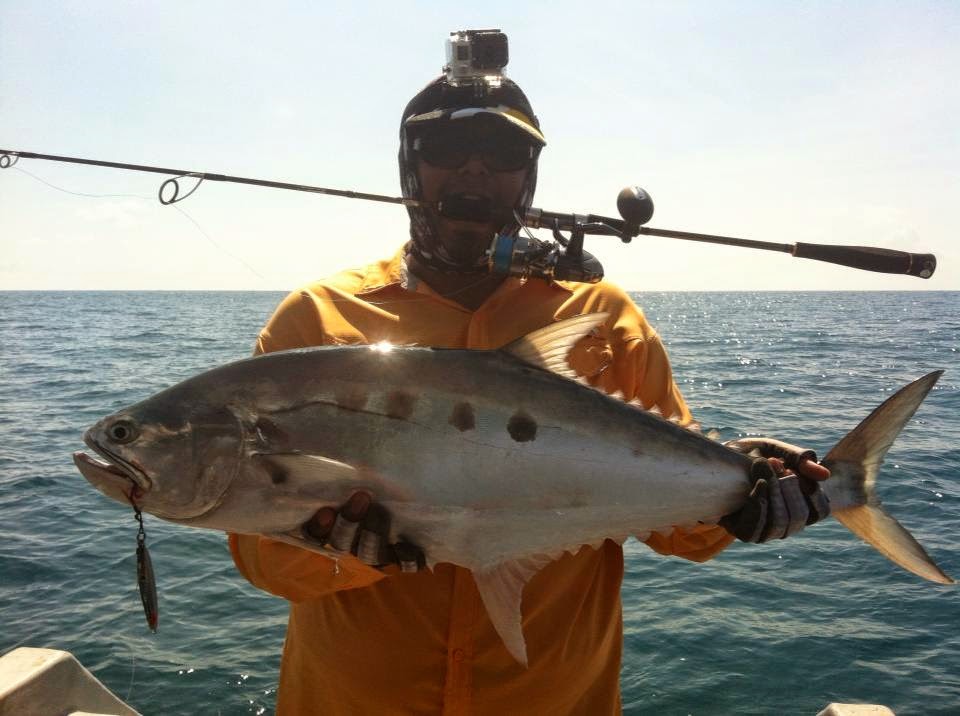 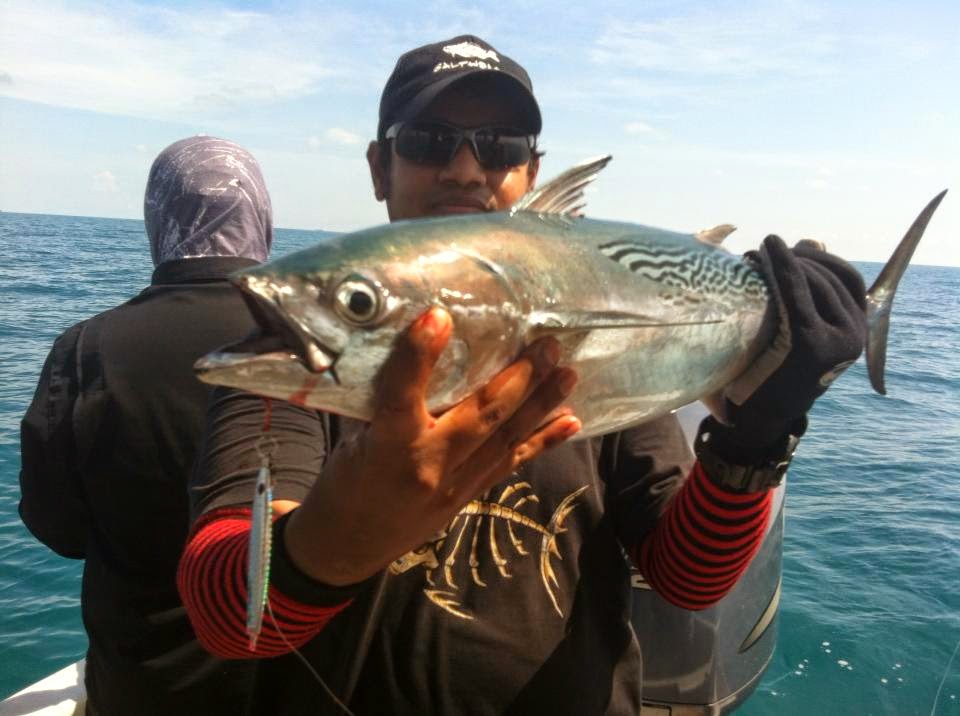 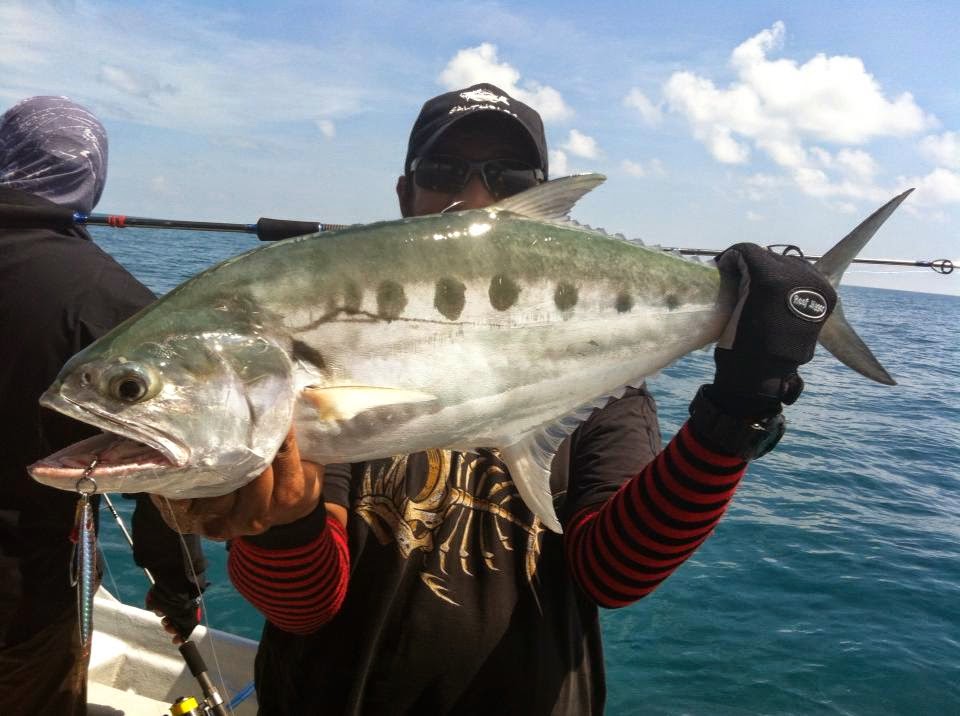 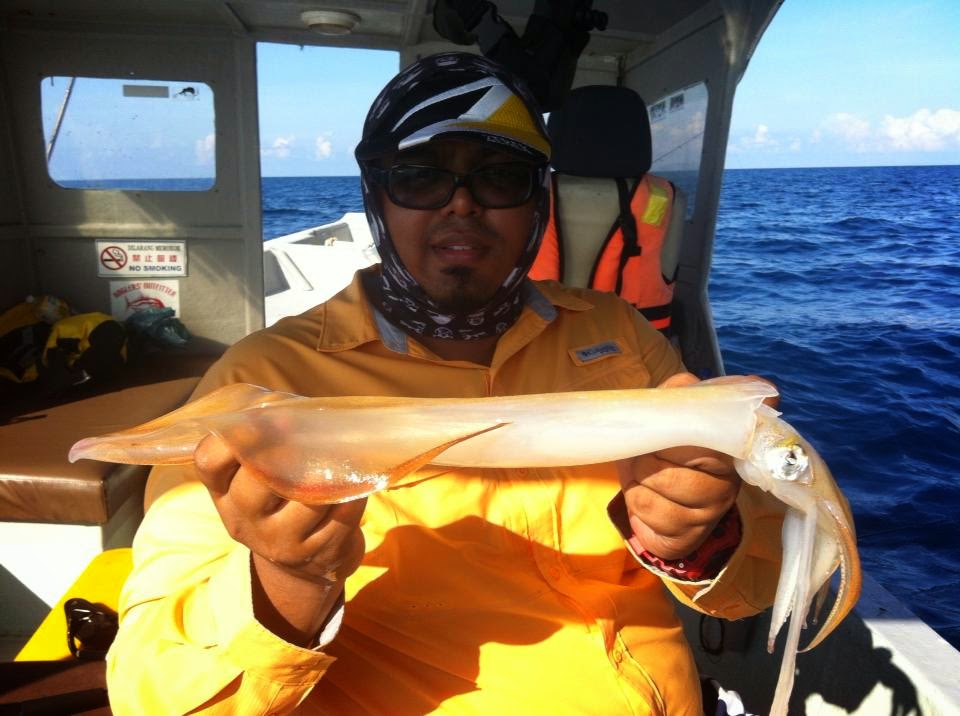 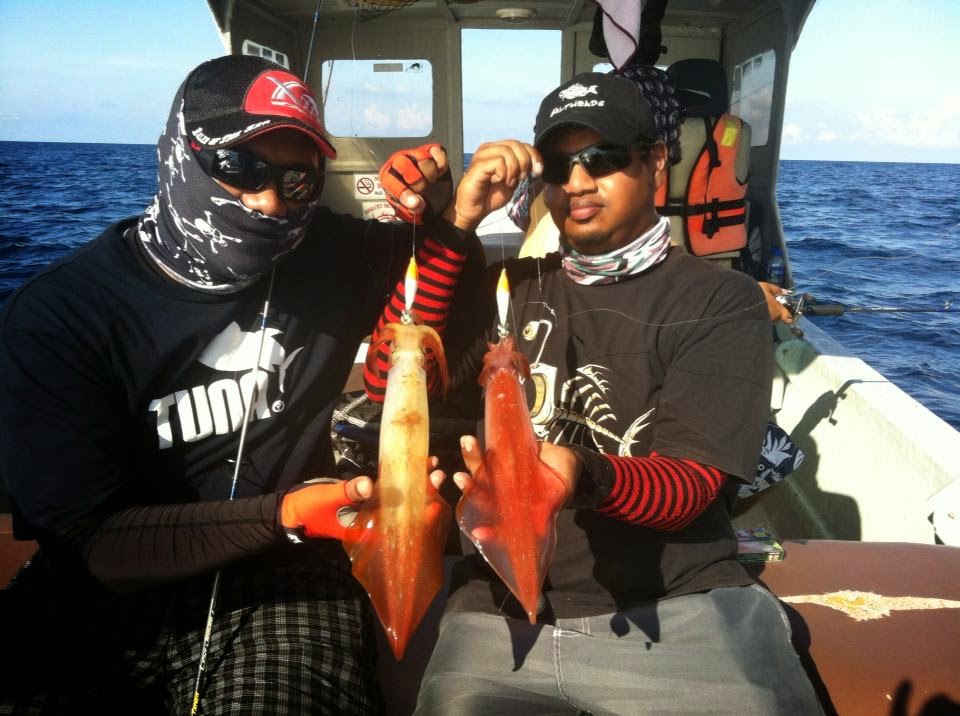 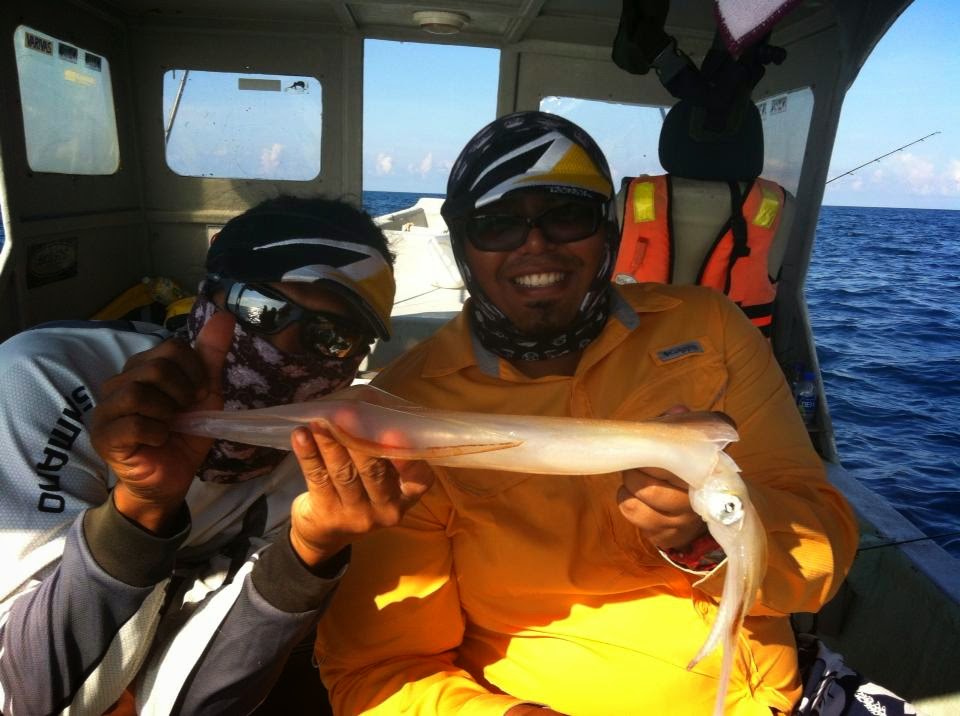 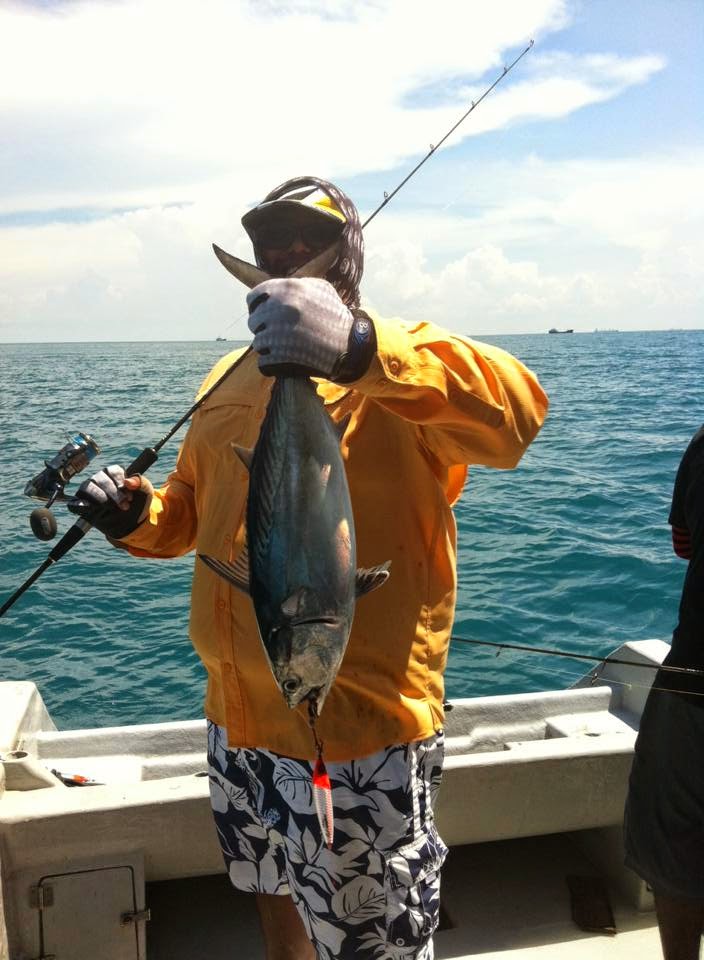 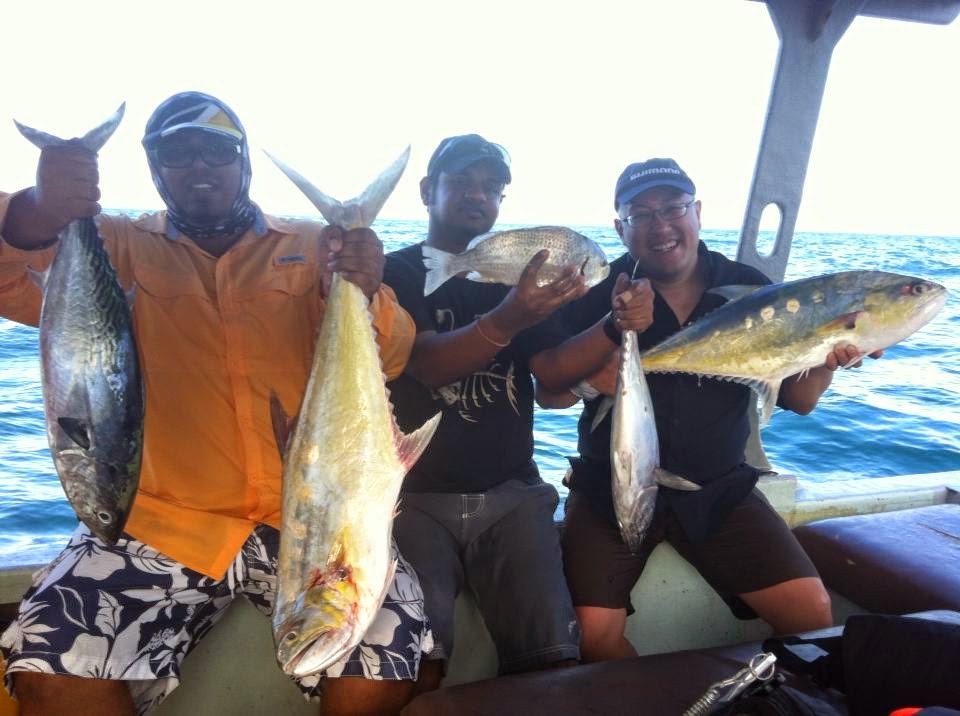