August 11, 2013
I can't remember the last time I had been to Desaru, rest assured it was more than half a lifetime ago.

This time around, I wasn't going to pass up Isaiah's invitation to take a day trip out on Zam's boat. As excited as I was, I did have a severe lack of gear! Thanks to the generosity of Jith and Lala, I managed to borrow the use of a Major Craft Crostage and a Shimano Stradic Ci4.

The seas were green - which according to Zam didn't bode too well, but he said the current wasn't too bad and that we should have an okay day out. A quick ride out to the first spot, Isaiah and Jith launched quickly into Sabiki-mode and we hit a school of Selars; bait-fish seemed to be in abundance on this trip.

The rest of us had less success jigging - a couple of Chencaru early on and it was quiet most of the morning. After changing spots a couple of times, Zam had a good hit on a 7kg Tenggiri - using his favourite kembong as bait. It was around this time that the squids decent to make an appearance; Jith even managed to catch one on his pintail!

As we were pretty sure that the big fish weren't around and were resigned to going home with baitfish and sotongs - something snagged my 80g flasher jig as I lazily (read: badly) jigged. It made a desperate run before realizing it was hooked, when it then made an even more desperate run, entangling Jith's and Zam's lines in the process. The first time we see color, Isaiah and Jith chorused with chants of "Tenggiri!". Further encouraged by them and the visit of a couple of Cobias, the Tengirri made a couple more valiant runs before Zam finally gaff-ed it and the fish was brought on board. 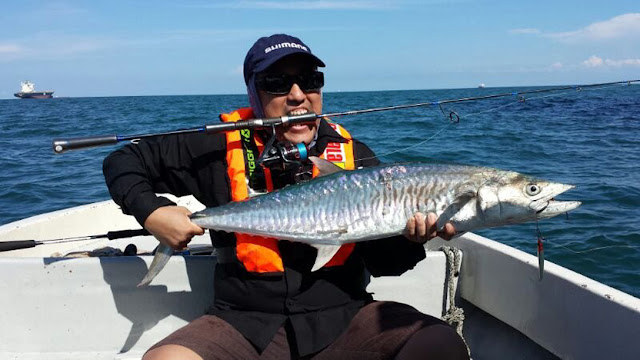 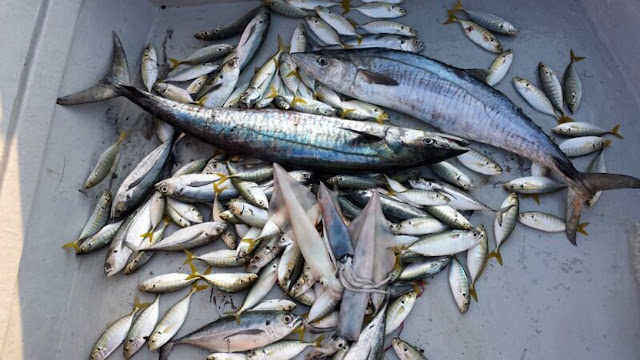 At the end of the day - baitfish, baitfish and more baitfish. 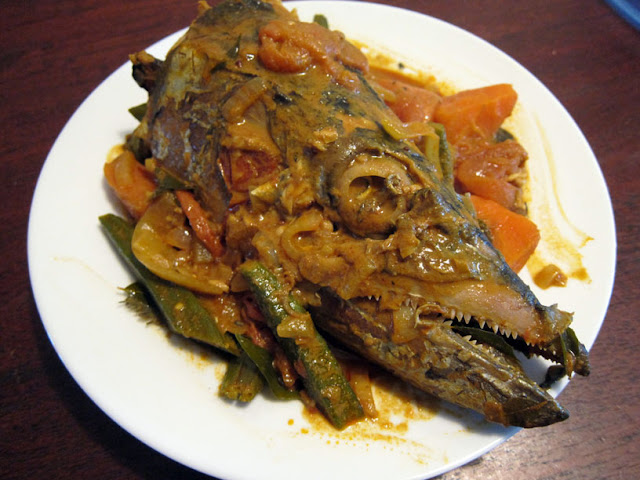 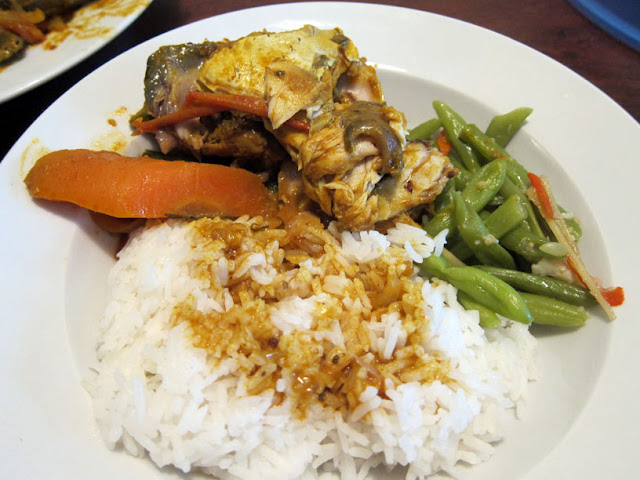 If anyone's interested in my recipe for Fishhead Curry - drop a message in the comments or on facebook! :D

Oh, if anyone is interested - here's a short video of the fight Botak's Tenggiri in Desaru

Till next time, Tight Lines!