Cry me a river, or a Chao Phraya Catfish

It's Botak with his very first Saltheads CR. Having been away from Singapore for nearly a year and half, it's really great that I can be back in Singapore and fishing with the best crew ever.

Isaiah, Lala and I headed down to Fishing Paradise on a somewhat overcast Saturday to wet our lines and feed the fishes. By the time we got there, most of the choice spots were already occupied, so we had to make do with what was available. The anglers who were there before us had already done the first round of "feeding", so the patins were not entertaining our attempts at feeding them again. Isaiah did manage the first hookup about half an hour in; a chunky patin, that was quickly followed by a walking catfish. 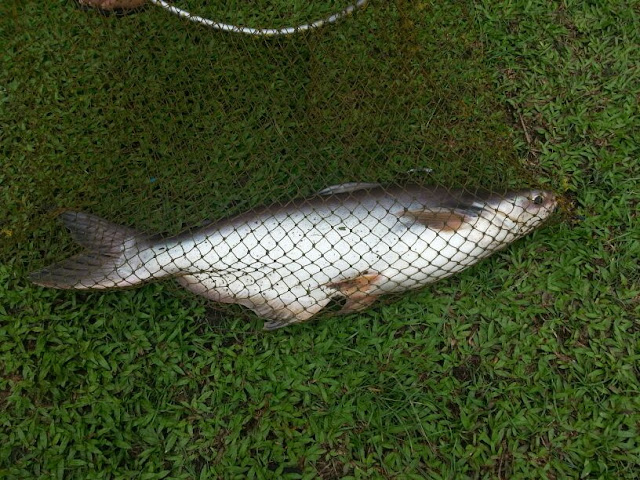 You can't really tell from this picture, but this guy had a nice fat belly... 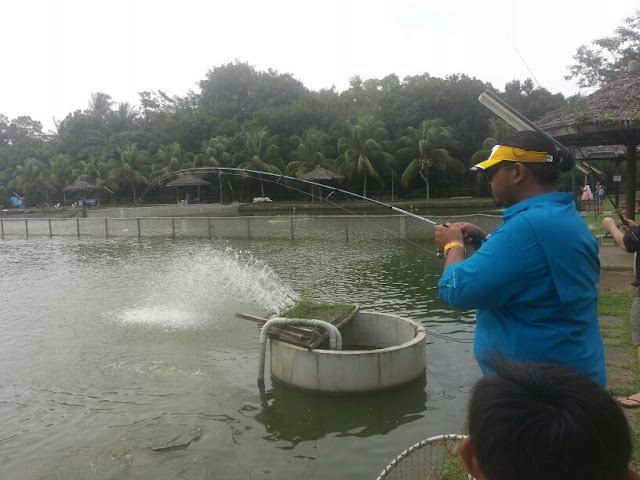 Here's Isaiah having a discussion with a walking catfish.

We had to be patient for the next hookup, but that patience paid off; I landed my first Chao Phraya catfish. The CPC decided to give me a runaround of the pond. Darting first to the right and trying to break me off near the Toman keep. When that failed, it decided to do le grande tour de BTP. Even when I managed to turn its head into the awaiting landing net, it took one look and realised it hadn't shown me the other parts of BTP. 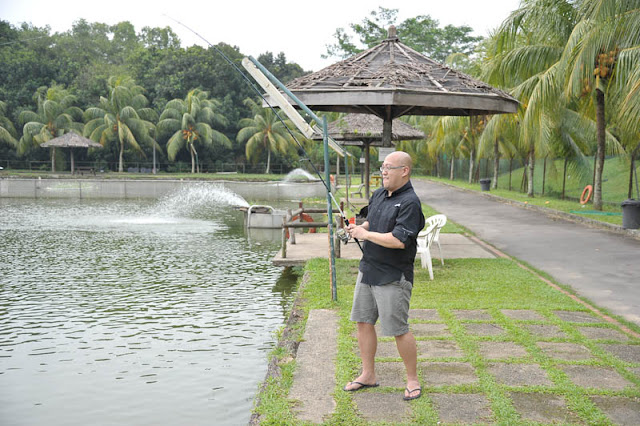 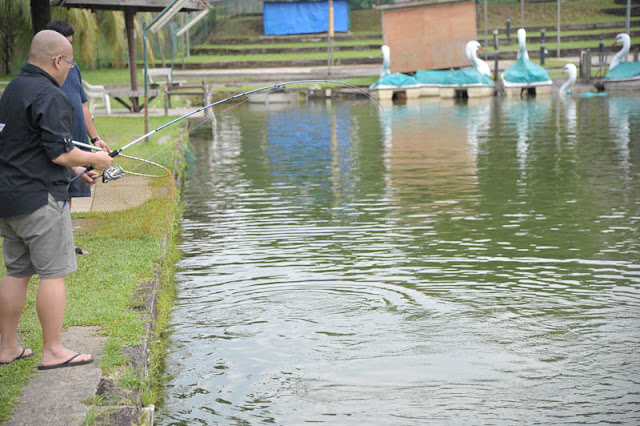 Right after it saw my bald head, it decided to make a run for it! * 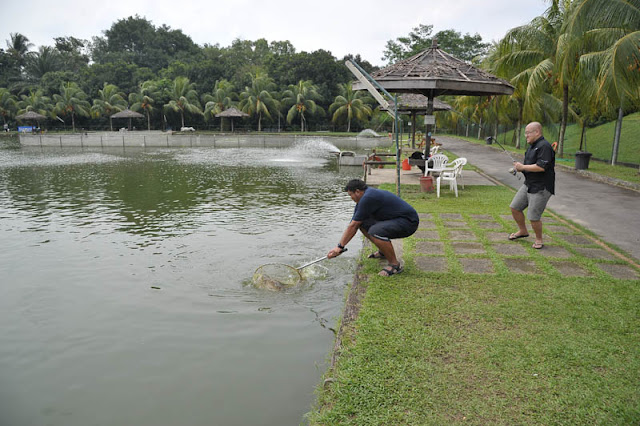 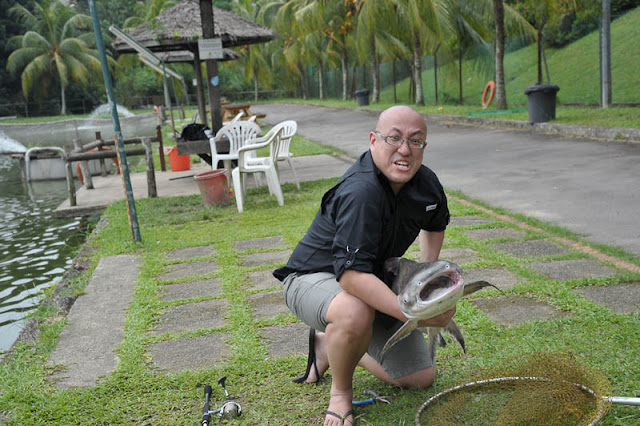 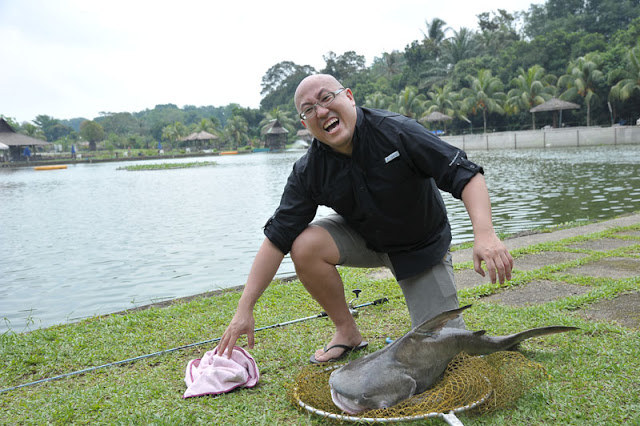 After what seemed like an eternity (although more likely about 15 minutes). We finally managed to land the fish. Arms aching and fingers tingling, it took some effort to re-bait and cast out the line again. We were again rewarded, another CPC! This time it was even larger! Lala's turn to bring in the beast - made more complicated because he uses a left hand setup, but had to fight and land the fish on a right hand setup. Kudos Lala! The CPC danced around the pond again for what seemed like almost twice as long as the first one did. In the end, an exhausted Lala managed to convince the CPC to take a couple a photo with him. 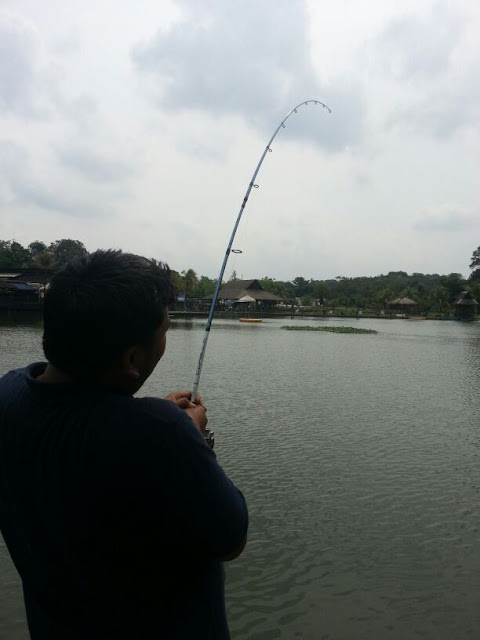 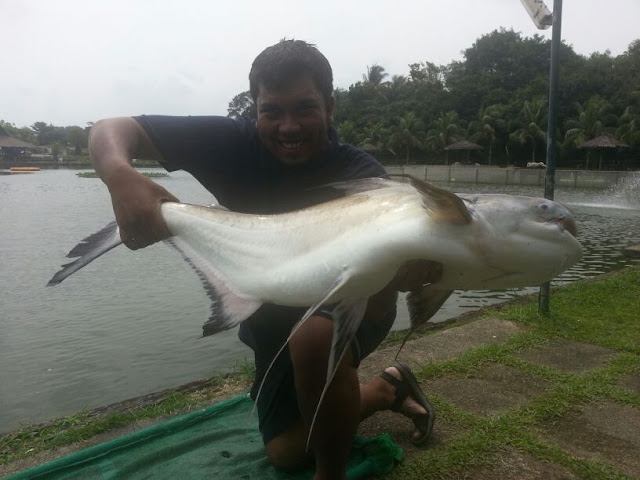 After a quick re-tie of the hook, we cast out once more hoping for a 3 casts = 3 CPCs deal, instead Isaiah managed to haul in another Walking Cat. At the end of the day we landed 1 Patin, 2 CPCs, and 5 Walking Catfishes. 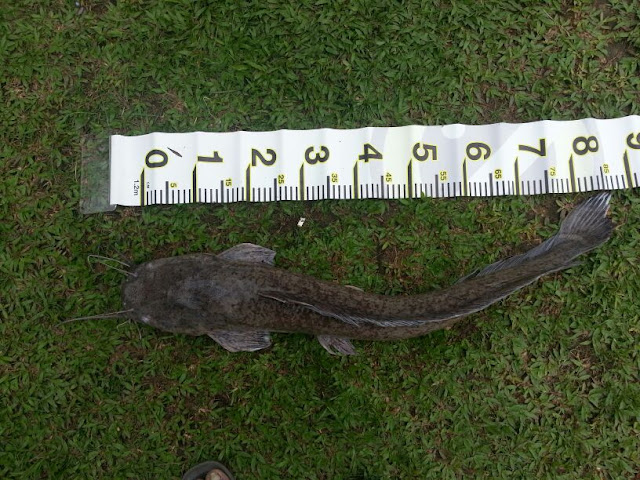 I was fishing with a SureCatch Capella: a 2 piece, 7'0", Spinning,  Heavy Action rod, paired with a Shimano Nasci c3000.

The Capella is a real workhorse of a rod, was very pleasantly surprised at how responsive the tip every nibble and bump was felt very cleanly. I was fishing with a sore wrist, so this baby just made it easier to control the marauding CPCs! I

Till next time, Tight Lines!