June 09, 2013
These past few months have been crazy. Leaving me with practically no time to fish as i had to focus all my energy onto getting my new house ready. Although i have not been visiting my regular fishing holes, i did however manage to go to Desaru with Capt Badol for some fishing, when i could squeeze out the time.

The weather has been absolutely unpredictable and unkind to us on the last 3 trips. Two jigging trips and a night time bottom bashing trip. The first jigging trip yielding 2 Spanish Macs on jig and a big bag of Selar, Kembong and Tamban. We suffered heavy a loss of Jigs and Pintails on this trip. Capt Badol, losing an amazing 9 Macs on bait. ( Those who have fished with him will know his hit and land rate.) We had to call it a day early after lunch cos it was storming so badly. 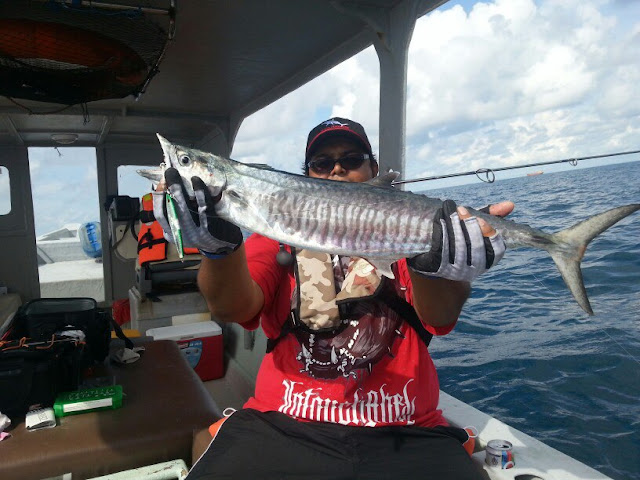 Caught during the limited sunshine we had in the morning.

The second trip saw Sam and Lala head up to Desaru for their first jigging trips. Sam landed a Todak on Jig. 2 Spanish Macs, a Cobia and a Barracuda were landed on the day with live bait. Had to leave early again due to a thunderstorm. We moved to a sheltered area to have some fun on Sabiki. The Chencaru put up a great fight on our light tackle. Not easy to haul in 6 at a time. Tamban, Kembong and Selar were aplenty as each school swam around the different parts of the water column. Capt Badol joined in the fun and shortly after we had enough bait fish to start a market stall! I will try using micro jigs the next time round. :D 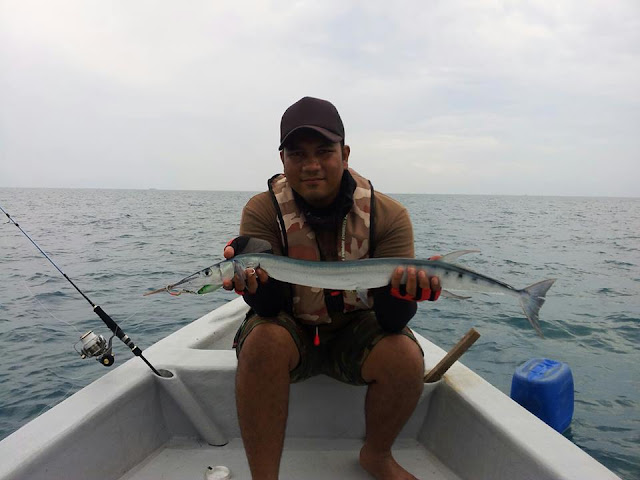 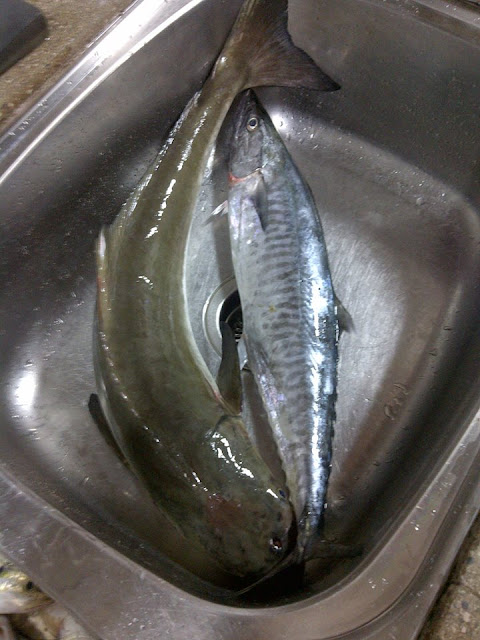 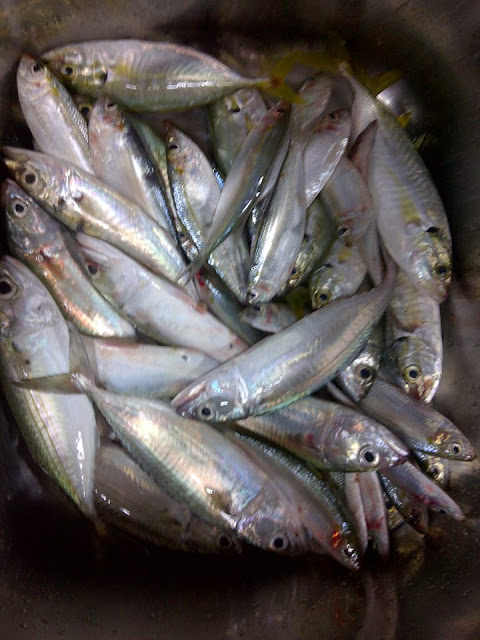 These guys are the bomb. I love fishing for them on ultra light tackle.
The 3rd trip started off on the wrong foot. We were caught in a massive Jam at Tuas for nearly 3 hours. To make matters worse, it began to storm as soon as we cleared Customs. Visibility was so low that we had to drive much slower. Instead of meeting Zam (Badol's cousin and deckie who also operates his own boat) at 6.30pm we arrived at 9pm. Capt Badol, who had stayed behind to keep Zam company til we arrived, told us that they were sheltering under some old kampong house up til 8.30pm due to the storm. Long story short, we only managed to scoop 3 pieces of squid. ( We landed all three table size catches on them) Within the first hour we had landed, 2 Fingermarks and a small Grouper. ( which we tried to release but failed to revive) After that the current picked up and we were up to size 20 sinkers. It was cold. We were hopeful for good weather as storm clouds gathered. The next bit of action came in the form of a 2 foot long Barracuda. It was released at boat side. Jith cut his own line without realizing it, after getting tangled up with my line during the fight. At last, some laughter through the cold night. We were visited by a school of Ah Sengs later on. Zam kept 2 and the rest were released. When the size 20 sinkers started flying with the current. We decided to catch up on some sleep and waited for the tide to turn. Got some Selar action in the morning before heading back. 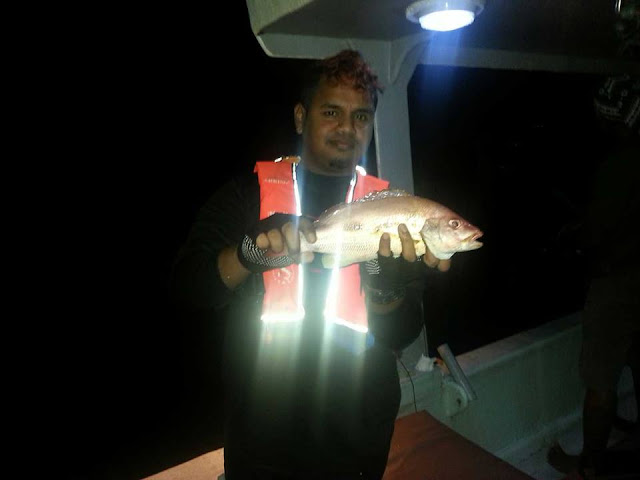 We'll be going up again in July, hopefully the weather will be good for us.
I apologize for the shortage of photos.
In the mean time, it's back to being busy.