March 27, 2013
Went for a short trip to bottle tree with Lala and Sam. It was Lala's 2nd visit and Sam's first time fishing there. We were using a bomber float, with a short leader and a de-barbed hook. Bread was the bait of choice. We casted out and got a couple of Patins in quick succession. We also missed a handful with dropped hooks. There was one which was pretty big and busted the leader off as it was about to surface. Just as it was getting dark, my float went down. Lala, who was the closest to the rod. Jumped up and set the hook before handing the rod over to me. This one fought a differently from the Patin. Turned out to be Chao Phraya Catfish. Landed it to a round of applause from some passers by. Sam helped me net it up and a quick pose for a group photo. After that we decided to try casting out Taiwanese Sausages to the center of the pond near the plants. We were rewarded with a Walking Catfish. Still so many species of fish we have not landed there yet. We'll be back soon. 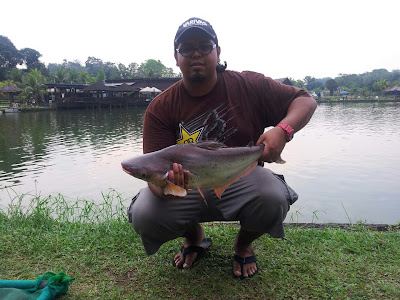 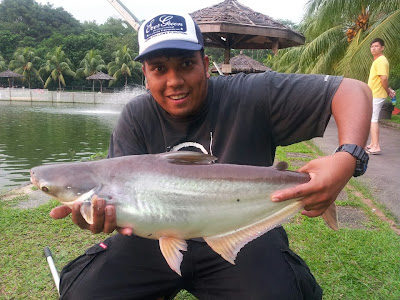 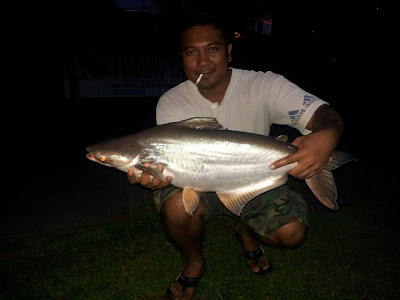 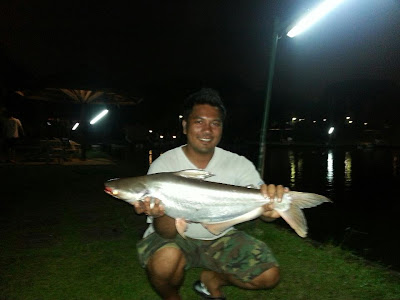 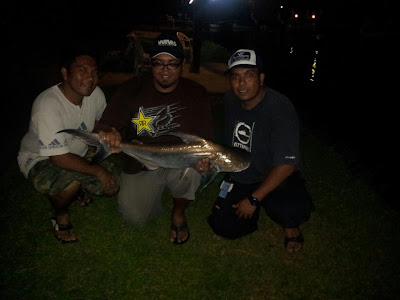 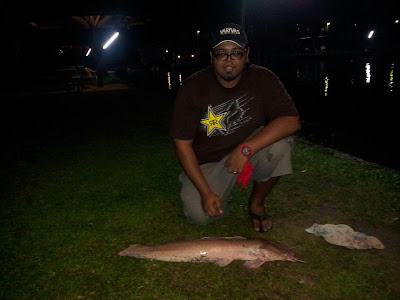