January 23, 2013
What a rainy weekend. I had to cancel my first light luring trip, my morning pond trip before finally heading down to Punggol Auntie Pond with Jith and the Tay family for some Grouper Action. Bite rate was sluggish, but hey thats fishing!

The fish are very smart here and have grown accustomed to the feeding patterns. After 2 or 3 fish are hooked up in the initial frenzy. They will not take your bait or respond to berley. You gotta move away from the main feeding spot and fish the other areas then come back. Do not over berley. In fact, i would suggest that you tell the uncle not to berley at the start of the session. It will prolong the initial bite rate. It would also be better if everyone casts off together at the start otherwise, once 2 or 3 are hooked the rest will not take the bait and the remaining anglers will have to wait for a bite.

We landed a couple of 40lb Queensland Groupers. You can use light tackle here as there are no obstacles to cut you off. But it is best to get these giants in as soon as possible. Get your camera ready for a photo before lifting them out of the water and support the belly. Return them into the water as soon as possible. The uncle told me a few of the big guys, died due to improper handling and prolonged photo taking sessions. But we did not know this earlier in the session but once we were told how to handle them, we did it the right way. I caught a Marbled Goby (Soon Hock) after i spotted one and irritated it, til it snapped at the bait. I suppose they can survive in brackish waters. I thought the uncle was going to have it for dinner as he took it away. But fortunately, he was thrown into another pond that was used for rearing fish.


Adwin posing with his Dad's Catch 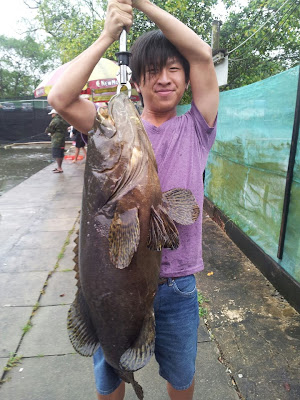 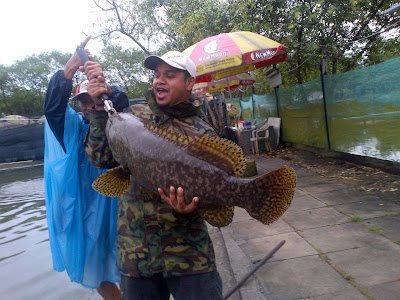 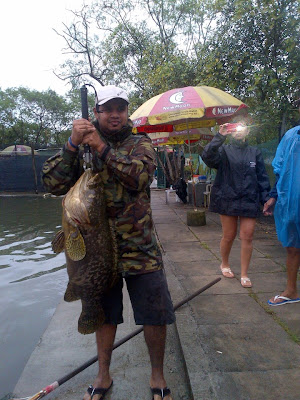 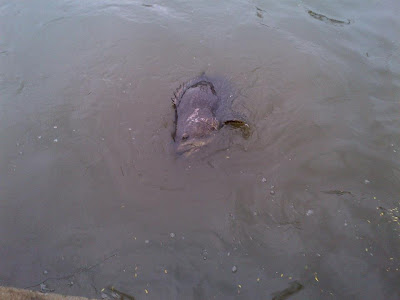 Right way to pose with the fish 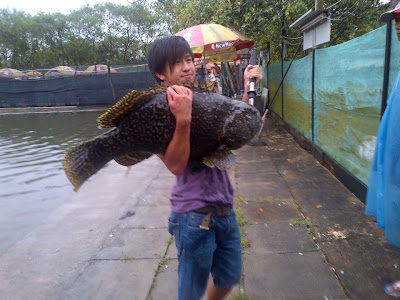 They put up quite a fight, but it takes them some time to recover 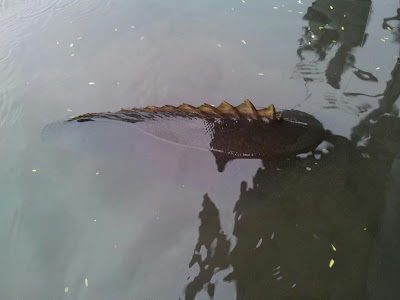 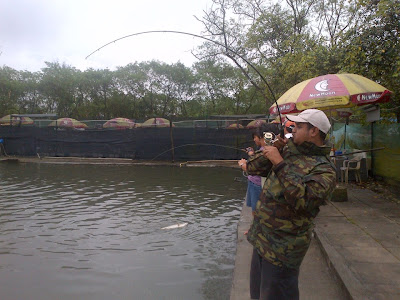 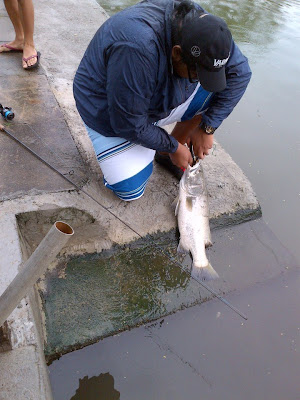 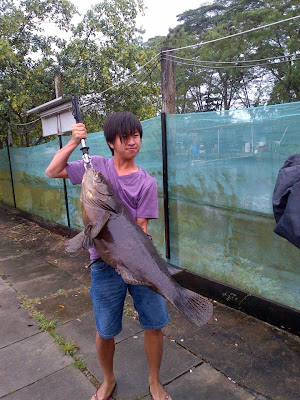 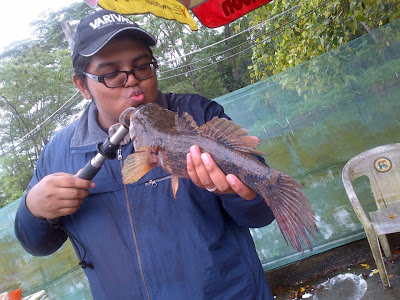 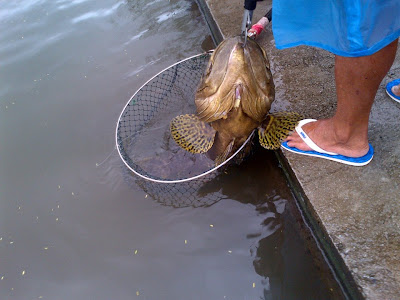 Last one of the day for me 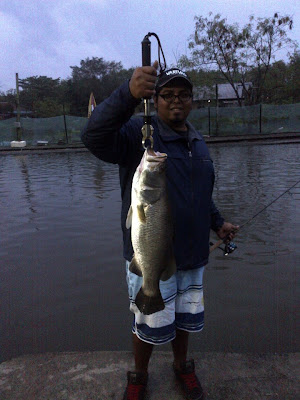 His persistance paid off! 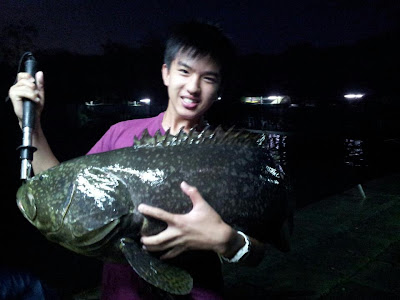 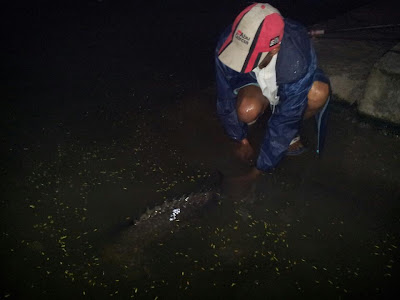 I also went on my virgin Madai Trip the following Monday. The catch wasn't fantastic. Boat man told us the wind and the rain made the bites sporadic and slow. Lost a fair bit of Madai Jigs to the rocks and coral. Gear plays an important part for Madai Fishing. I will cover that in another post. Have a good week! 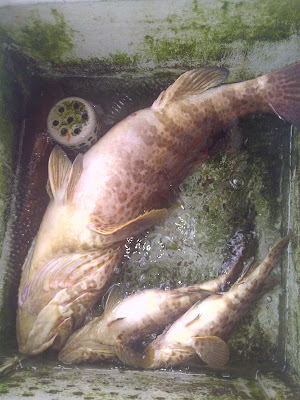