December 20, 2012
My apologies for the late CR, been really busy with work. Went to meet Billy on friday to pass him the deposit for this saturday's event. While i was there, i went over to Panjang's pond. I was told that the fish had just arrived. There were a quite a lot of anglers fishing. At a quarter to 3pm, i got to know that i would be free for the evening. Told Panjang, i was going to fish and he acknowledged with a grin and said, 'no 10 fish no go home.' Went to my car and took out my gear and set it up in time for the fish release. We were told that, two nets would be opened. All the anglers scrambled to their spots and waited with their baits as Panjang took the boat out to the nets. I positioned myself at spot number 2 as all the hot spots along the nets were already taken, as were the spots at the goalpost area.

The fish were released and all lines were in the water. I felt a tug, and STRIKE!!!!!! Fish on! I glanced up to see that i was the first one to land a fish. A Golden Snapper. Let me make the story brief. In 15 minutes, i had gotten 7 fish. The puzzling thing was that the other anglers were not hitting that much. In fact i was given a 'yellow card' by some of the Uncles there. They did not allow me to fish at my spot. I just laughed it off and moved along to another area, and in the next 20 minutes landed my 10th fish.

An old lady, kept asking me why i had so much luck. I just grinned and said, this is my home turf. I've paid enough 'school fees' to know where the spots are. After that, her husband was my shadow. He came along to where ever i was fishing. It was quite funny.

The initial feeding frenzy came to an end and the bite rate slowed down. Many of the anglers had gotten some fish. The old man next to me exclaimed in dismay as i got my 12th fish. 'Don't catch all the fish boy leave some for me.' I felt bad for him. So i gave him all the floaters in my basket before he went home. As i took a break, and chatted with Panjang, some people were complaining that there were no fish in the pond. This really angered Panjang. I have never seen him lose his temper.
The first thing you need to take note of when fishing in a new environment is to see what the regulars are using. If in doubt ask!

I got two more Mangrove Jacks for the day. I did not want to bring any fish home cos i was fishing secretly! I gave away some fish and I told Panjang that i'll leave the remaining fish there and come collect them the next day. ( i was actually suppose to fish on sat!)

The next day i got to the pond pretty early, and i was the only one there. The night worker told me that the bite rate in the night wasn't fantastic. I rubbed my hands in glee and got ready. Spot 1. Fish on!!! 3 fish in 15 minutes. Panjang joined me and soon there were a couple of double hook ups. Then i saw one of the big Golden Snappers. Panjang showed them to me the day before. There was one in every net. They were between 4-5kg each. He wasn't interested in my prawn. Moved on to the goal post area.   My cast fell way short of my target, so i was slowly reeling back my prawn and joking with Panjang when, BOOM! Fish on! I had 10 fish in the first hour and a half while Panjang got 4 . It was almost an hour later that another regular showed up. I was telling him that the bite was crazy and within 10 minutes of his arrival he was up by 3 fish. I had . While walking back to rebait, i spotted a big grouper in one of the corners. Got myself a big prawn locked the drag on my curado and tried to get the bugger. Half an hour later with various baits but to no avail, he wasn't eating. Thirsty, i walked over to the pump, set my rod down, reeled in the milkfish so that he was just on the surface and went to get a drink. As i opened the fridge door, Panjang jumped out of his chair. I knew instantly that i had a fish on. As i turned and ran, i saw my Gloomis bend beyond whats normal. I got to the rod and tried to get it out but it was stuck. Panjang shook it free and SNAP! Game Over. The rod broke just above the butt. I tried to reel the fish back in but the line broke and the broken part of the rod fell into the water. As i reached for the  broken part, Panjang was berating me for not leaving the spool open. (Hahaha baitcast la, how to leave open.)
I initially thought that it was a big grouper. But Panjang told me that it was a big Golden Snapper.

All i had in my car was Jith's Ajn and Sienna set up. Set it up and went back to fish. It kinda went down hill from there. I kept losing fish due to line and leader breakage until fish release. The fish did not swim far from where they were released. Landed 3 snappers during fish release. Then i took a break and tried to remember how many fish i had caught so that i can write this CR. As i was in the midst of it. My float went down! Fish on! Mangrove Jack. This one got me bleeding as i unhooked him. (got bitten again!) It rained for a bit in the morning but by this time the sun was scorching. After losing a total of 9 fish after fish release. ( JITH USE PROPER BRAID !!!! ) I decided to call it a day. Called my mum and asked her how many fish she wanted. She said, 4 for us, 4 for granny and 4 for your wife's mum. Gave away the rest and went to claim the warranty on my rod. The bite rate is excellent, over the 2 sessions i had caught almost 30 fish. I really hope it stays that way for the next session.

PS. The guy who arrived after me got 3 HUGE 5KG Groupers! ( I am so jealous!)


Panjang showing off his Snappers 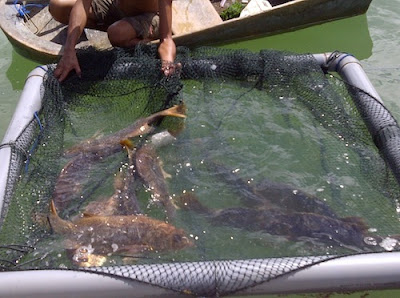 They love them Zerek Live Shrimp 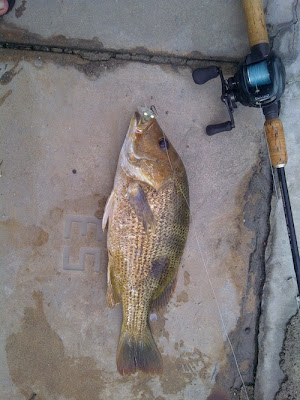 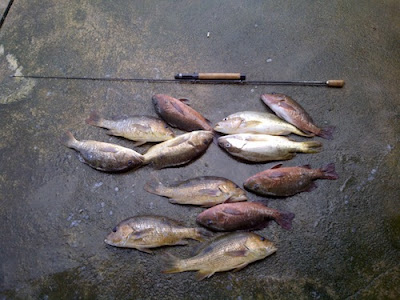 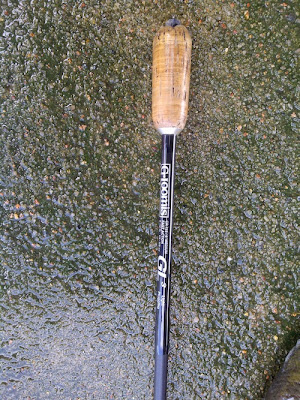 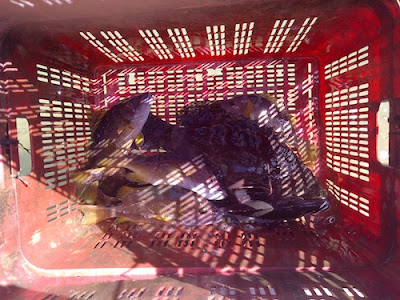