September 10, 2012
Due to the recent bad weather and different work schedules, we've had to fish solo at different times. Here are some ' quick fix to cure itch' session CRs from the past couple of weeks which haven't been posted.

According to Sam, the water condition was not very good. With plenty of Surface Cruisers. Even Ah Kong was surfacing regularly. The action only heated up once Panjang released fish. Pretty good catch, considering the water condition in the pond. But for Sam, no catch is complete without his beloved Grouper. Currently Panjang's Pond is closed for cleaning. The pond re-opens at 8am on the 30th of September. Both ponds will only allow Live Bait from now on. They will be sold at the pond. 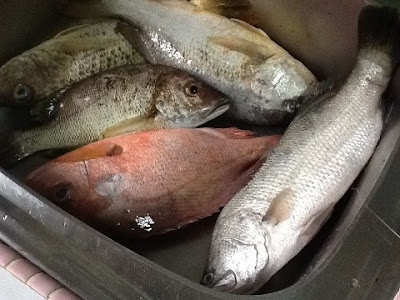 Ah Kong with a rare appearance. 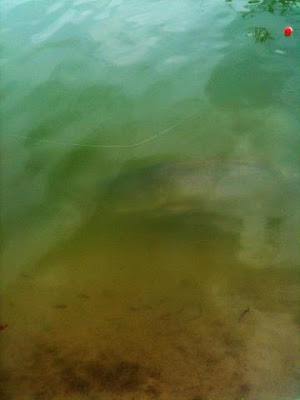 His only complain was that the pond is small and gets crowded easily.
All caught spinning with live prawn.
2 x Taiwan Ngor
2 x Kim Bak Lor 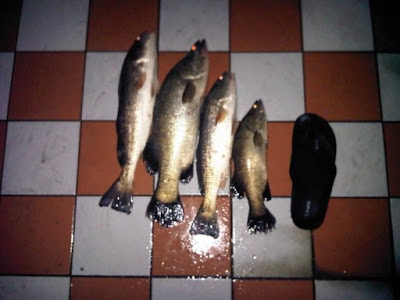 My session.
I took my Dad to Dave's Pond before he injured his arm. We ran into Carl and his son Colin there. Bite was a little slow with live tilapias. He hooked on to quite a few fish initially, but failed to set the hook. So i decided to change to a circle hook. His first fish was a feisty little Barra. ( i thought it would be an easy one.) After some coaching he managed to bring the Barra in. Posed for a picture and complained about the slime after that. Hahaha. Next up, he hooked on to a Golden Snapper. This was a good fight and it had my Dad, running around like a kid. Almost lost him to the platform, but with a little assistance from me, the fish was landed. He got a few more fishes but refused to pose with them because of the slime on the fish. He took a break after almost 90 minutes. I finished up the bait with a couple more Barra, and landed one on a grub as well. Rod used was the AJN 5'6 Stealth Carbon and Reel was the Shimano Sustain 2500FG. On the way home, my Dad told me he wanted to go fishing again. I guess he knows now, why it's so addictive. 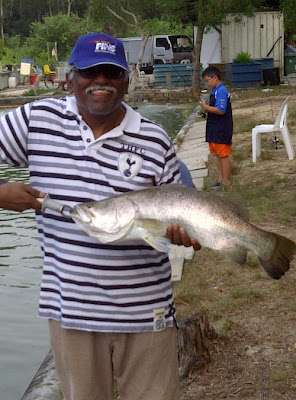 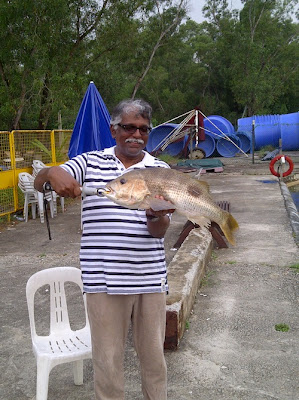 Finishing up the bait 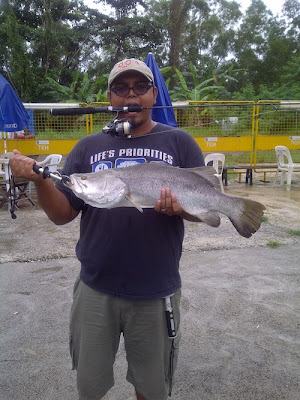 Dad's Barra which he refused to pose with 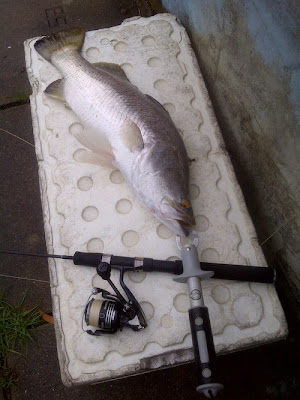 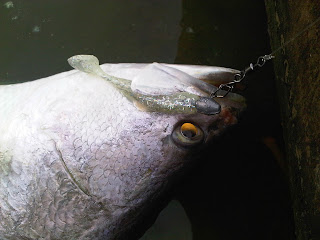