Red drums were the fish of the day. Managed to land two of them, while a 3rd one got away. A little while later Fish On!!! After a short fight, i spotted the fish. It was a Mangrove Jack. The bugger spat the hook as i was about to land him. Things slowed down drastically after that. But that was not to be the last catch of the day. I casted out to the goalposts and began packing when my rod bent violently. Ran to it and Strike!!! Fish On! I could feel that this was a bigger fish. And so it identified itself. It was a huge Seabass!!! My heart was racing as the fish put on an acrobatic display. With each leap it took, i became increasingly worried that the fish would dislodge the hook. In the end the inevitable occurred. The fish spat the hook and swam away. As i turned around, i saw the angler next to me looking stunned at what just transpired. I'll get him next time!!! 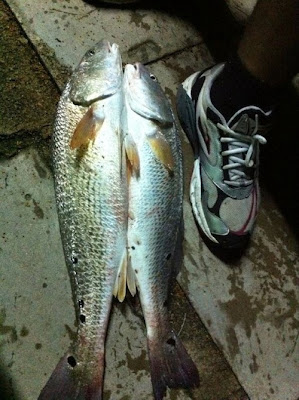 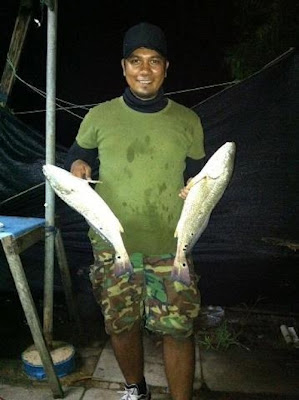 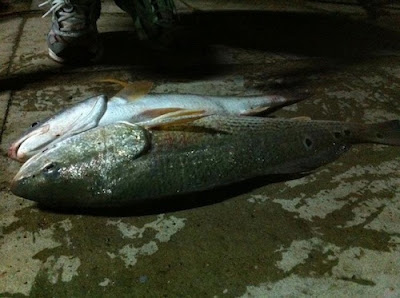