*DISCLAIMER*
I am in no way a luring expert. What i am sharing here is based on my own luring experience.


So i been spending some time luring at the pond. To be honest i didn't really know what i was doing at first(i still dunno if i am working them correctly.). I watched what other guys were doing with their lures and just kinda followed. It didn't help that i was using lures that most people had not seen before. One eye opening moment, was when i was walking to the opposite bank of the pond to get out of the baiters way. I had my lure in the water, and i was watching how it was swimming and reacting to the movement of the rod, when. BAM!!!!! This huge Seabass took the lure!!! I set the hook and the fight was on. Finally subdued him and released him. I was trembling in excitement. I walked a bit further and tried it again. BAM!!! Another Seabass!!! They were reacting to the lure unlike before. I realised that my lure was too heavy and it sank to the bottom quickly so i was unable to emulate the same swimming action that got the fishes attention. I cast out and began a fast retrieve, paused for a second and continued with my retrieve. I felt tiny knocks but i thought it was debris. As the lure got closer to the bank, this GT smashes into the lure. I didn't react in time and so i couldn't set the hook. I looked at the lure and realised the GT hit the lure in the eye so hard the eye fell off. I found this fast retrieve with slight pauses to let the lure sink, most effective near the pump area. ( Snag Haven BEWARE!!! I lost a couple already) I was mainly landing Seabass with this technique. When i used a moderate retrieve, i could feel the lure dragging on the bottom so i jerked the rod a little whenever it felt like it was going to get stuck. I got a feisty little Mangrove Jack with this method.

Switched to a Shrimp Lure and found out that it is not effective with the above retrieval methods. With the Shrimp a slow retrieve is required, and i mean SLOW! Moving it along the ground with tiny twitches at intervals seems most effective. But with the lure i am using, it takes a while for it to sink to the bottom so i had to learn to be patient and let the shrimp hit the bottom before starting to retrieve. One thing to take note, when others are using live bait, the fish will naturally gravitate towards the feeding frenzy. So try to go early and start from the opposite back.

I tried the Shrimp at Panjang's pro pond and got myself a Red Snapper. Panjang was so amused he wanted to try it. On his second cast, BOOM!!! Grouper!!! Lucky fish got away by throwing the hook, as i was trying to take a picture of him on the surface of the water. Needless to say, Panjang confiscated the Shrimp and kept it for himself.

I will be trying out some other lures like the Pagrus, my friend Carl loves, during the next session. Right after my session @ Panjang's Main Pond on Saturday. Say hi if you see me!!! :)

My first fish on lure 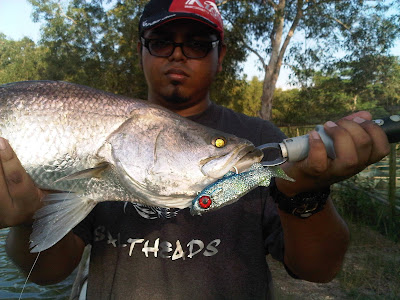 That's how hard the fish hit the lure 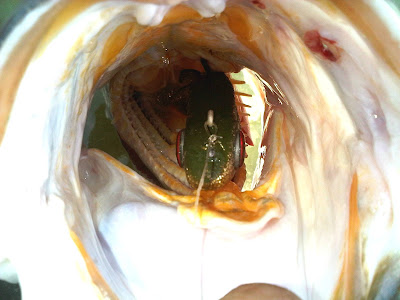 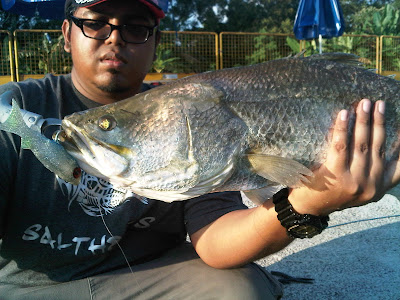 Jith getting in on the action 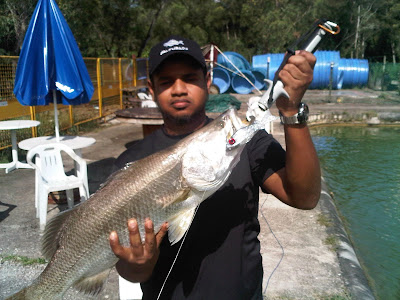 He was a feisty one. Tore the top of the lure. 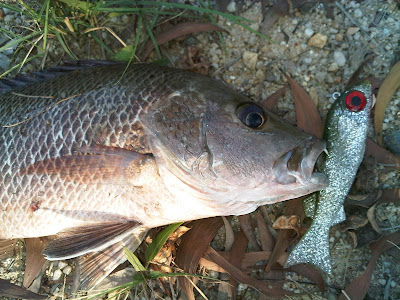 Another ravenous Seabass swallows the lure 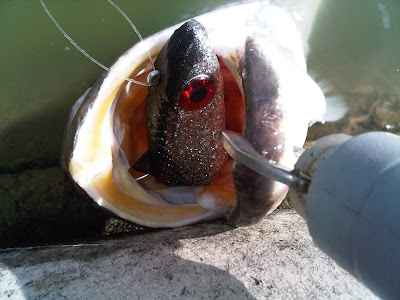 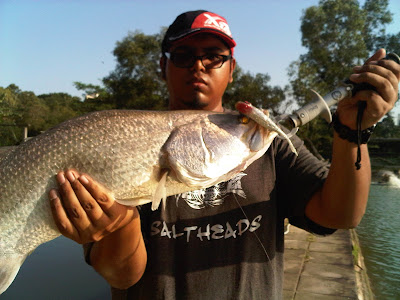 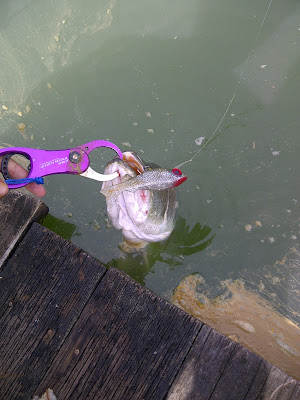 This guy took awhile to surrender 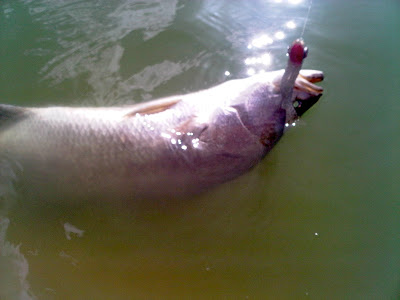 This one gave up too easily 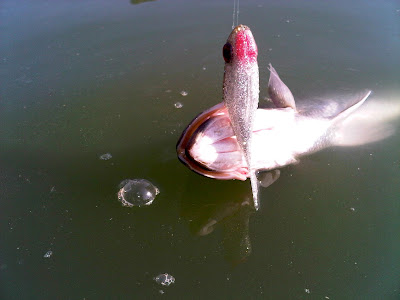 First one on the shrimp 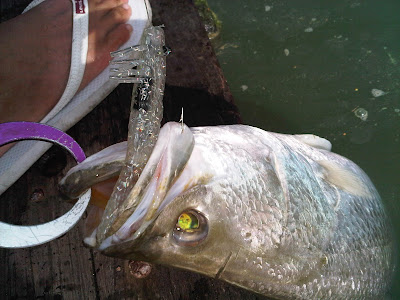 Mj on a Shrimp 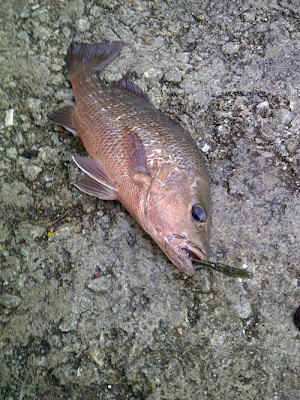 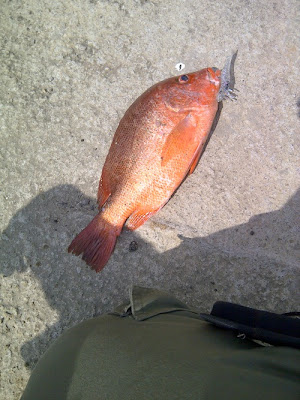 Was talking to Dave earlier and he asked when we were going to organise a competition at his pond. Pretty soon i hope, we are working on details with Dave at the moment, but it should be a 3 hour competition for 25 anglers based on the heaviest catch. The fish that are already in his pond will be strictly C&R, while the smaller ones we will be releasing can be taken home for dinner. Please sms me at 92981083 if you wish to take part in the competition. I couldn't guarantee catches at Panjang's Pro Pond for the Heaviest Catch competition, but i'll guarantee you won't leave Dave's pond without a hookup. :)