May 29, 2012
So off we went to Desaru for a jigging/bottom trip. It was our first time jigging. The catch from jigging was pretty mediocre. The fish were following the jigs but not taking them. We went to 3 spots to jig. One was near an oil rig. Jith got the ball rolling with a small queenie, then Kenneth landed 2 in a row. I had a huge take near the surface, but the fish dashed under the boat, after a few minutes, i guess i gave him too much slack and he spat the hook. The Ima Gune came up looking brutalized. At the second spot, Cobia were spotted. We managed to land 2 and Kenneth lost a big one as we were about to land it. Didn't set the hook properly. We lost a few fish like this to the amusement of our boatman. He told us, "Don't sayang the fish, Whack him!" A few chencharu and jemondok were landed later. (please don't mind the spelling, i'm unsure of the names.) We had a simple lunch of Coconut rice and fried chicken for lunch before we headed to TU. TU was quiet as hell, there were some big Queenies following our jigs, but turning away at the last minute. The boatman told us that we were not jigging fast enough so the fish turn away when they realize that the bait fish isn't there. We were absolutely knackered from the jigging. The boatman was teasing us saying, "you have potential, your strokes are consistent, but you need a couple more sessions before you get the combination of the hand movement and speed right to land more fish." So we went to do some bottom fishing. And what a Catch that yielded. :D 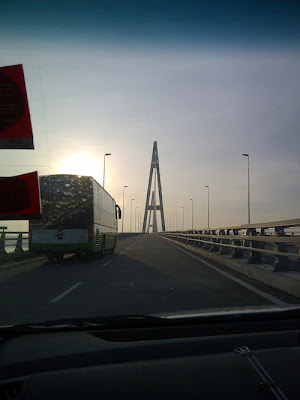 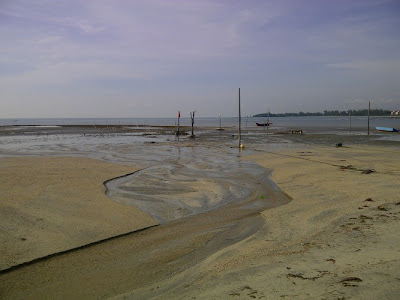 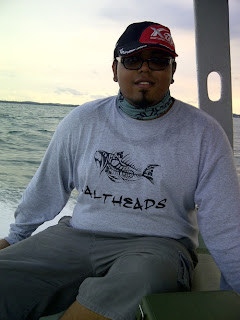 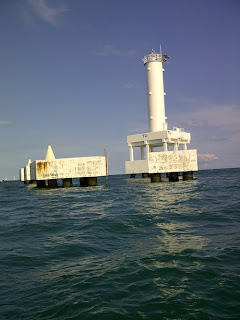 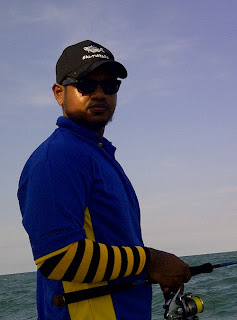 Thats how much the action at TU bored him 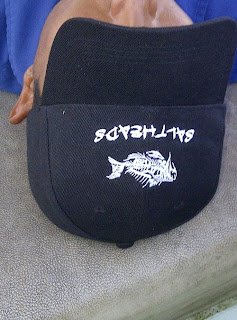 Goofing around with the Cobia 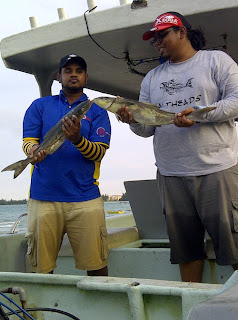 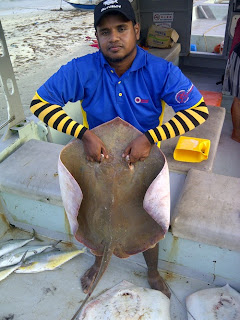 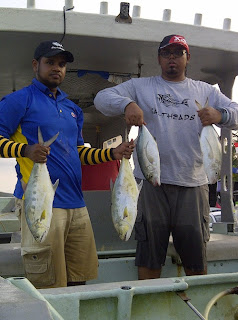 My first ever ray 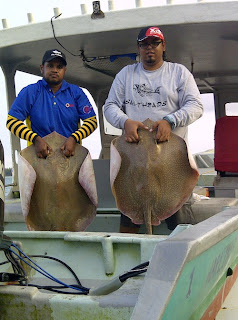 Total Catch. (including the boatman) 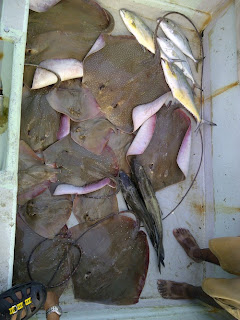