April 02, 2012
This pond was actually discovered by accident while on the way to another pond in the Punggol area called Fishpal. At first glance it was a like a scaled down version of No.2 FW1. After snooping around for a bit and talking to the Uncle and Auntie who run the pond. I was told that a C&R pond was located behind the main pond. And that there were Cobias, Queensland Groupers and the likes inside. I went to take a look. And there it was, swimming like the King of the entire pond a big big Cobia (13kg i was told). The Gts were dashing around, the huge Seabass were lurking at the edge of the pond. The itch to fish came on.... I called the rest who (Luckily had not started fishing at the other pond.) The rest as they say was history. 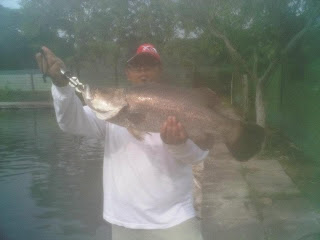 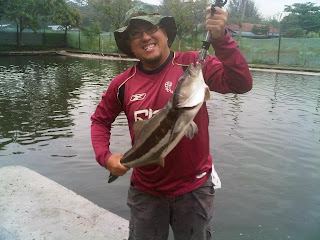 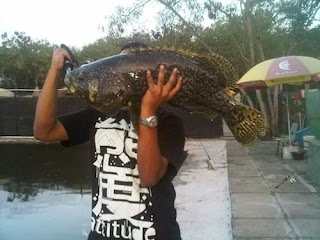 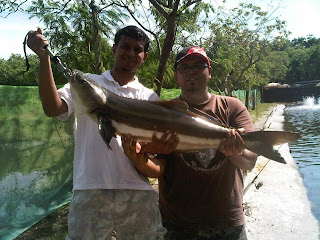 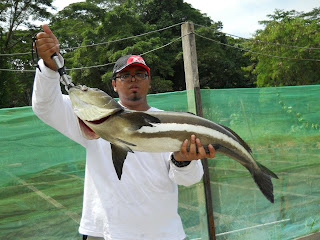 just hooked him on 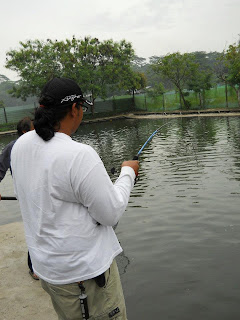 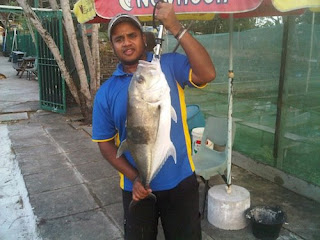 Kaci or also known as sweetlips 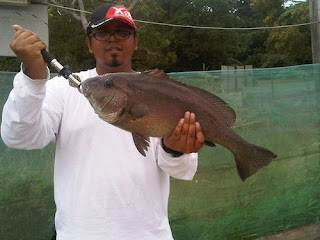 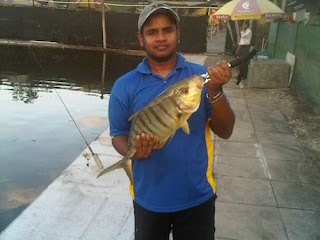 Thought he was the biggest.... 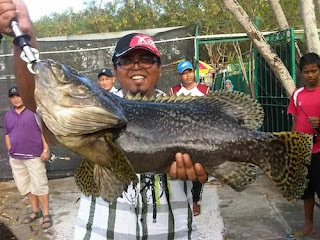 Till i got him, struggling to hold on to him 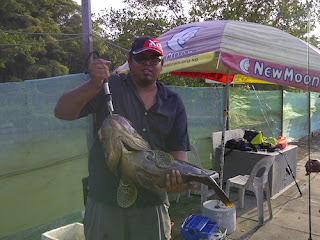 Almost as big as my leg.

His family came to visit 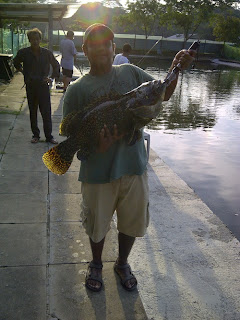 My wife getting in on the fishing 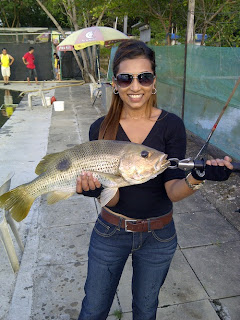 Recently when i made a visit, i was informed that all the cobia had died, either due to injury while photo taking, or being gut hooked. A lot of the bigger Seabass were also missing. Seems like there is not enough fish in the pond as bites only last for about 20 mins. After which you have to hunt for them and trick them into eating the bait. Maybe they have become smarter.