April 03, 2012
My favorite place, discovered late one night when a friend checked in with her bf at this location. The first thing that hits you is the rustic surroundings. It has a very calming effect (save for the times that the army unit nearby is having an on-going exercise. The guy who looks after the pond in the day time, affectionately known as Panjang ( for obvious reasons) is very helpful towards newbies, constantly telling you where to cast, what bait to use and what type of rig is effective. Due to his experience in handling fish, when ever there is a fish release, you will almost surely have a bite if you cast at the right spot. However, there are a few regulars who are extremely inconsiderate and will not hesitate to cast over your lines. They are easy to identify as they make the most noise. But go on a weekday morning and you will have the place to yourself. Just remember to bring a friend or two as there is a minimum number of rods required for fish release.
My first ever seabass in the pond.... small but feisty... 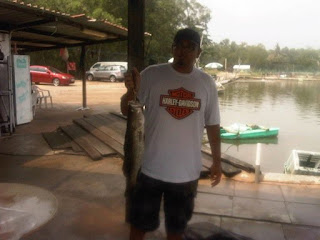 It was a good day for the 3 who went fishing! 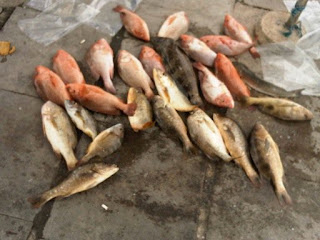 Twice in the same spot. 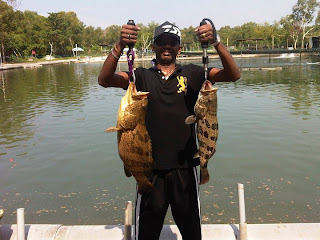 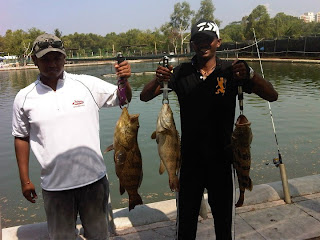 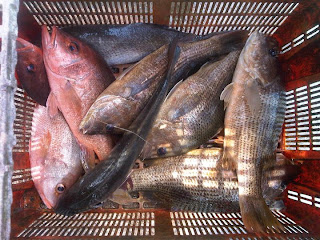 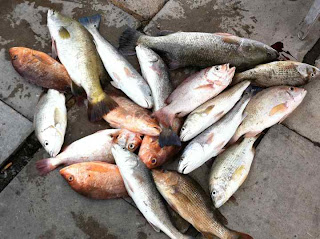 I landed him on his rod while he was away 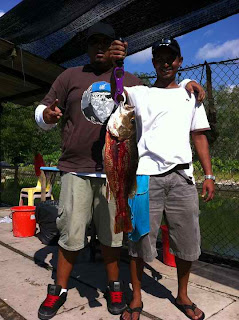 my friend Carl and i posing with the bloody monster! :P 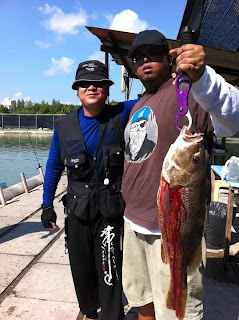 They have also recently opened a smaller pond at the back called the pro pond... Here you can find the usual fish but in XXL size. One thing to note is that the under water structures make landing a 4kg fish extremely challenging. Burst lines are common regardless of poundage.